Find this article at:
go.ncsu.edu/readext?604116
— Written By Lee Butler

There are three types of fairy ring in turfgrass. Type I and Type II are typically more problematic during extended periods of drought (causing hydrophobic soils) or soils having low fertility (1,2,3,6). Type III (mushrooms only) becomes more of an issue in extended wet periods. For more on fairy ring, follow this link: 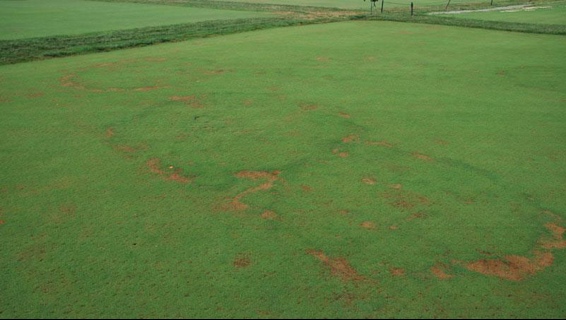 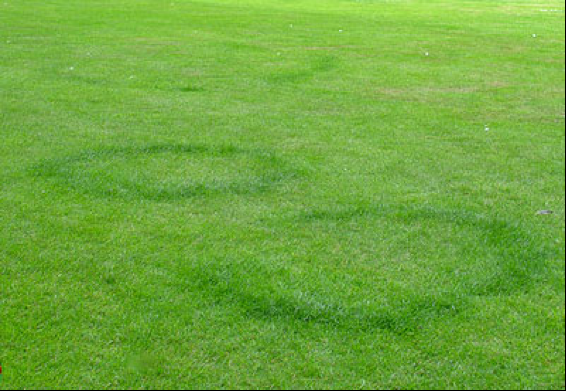 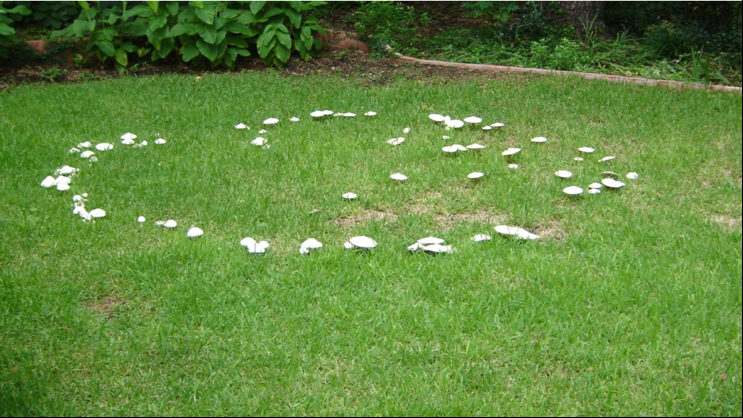 When applying fungicides targeted at fairy ring and other soil-borne pathogens it is crucial to optimize control of the disease through the following techniques (2,3,6,8): 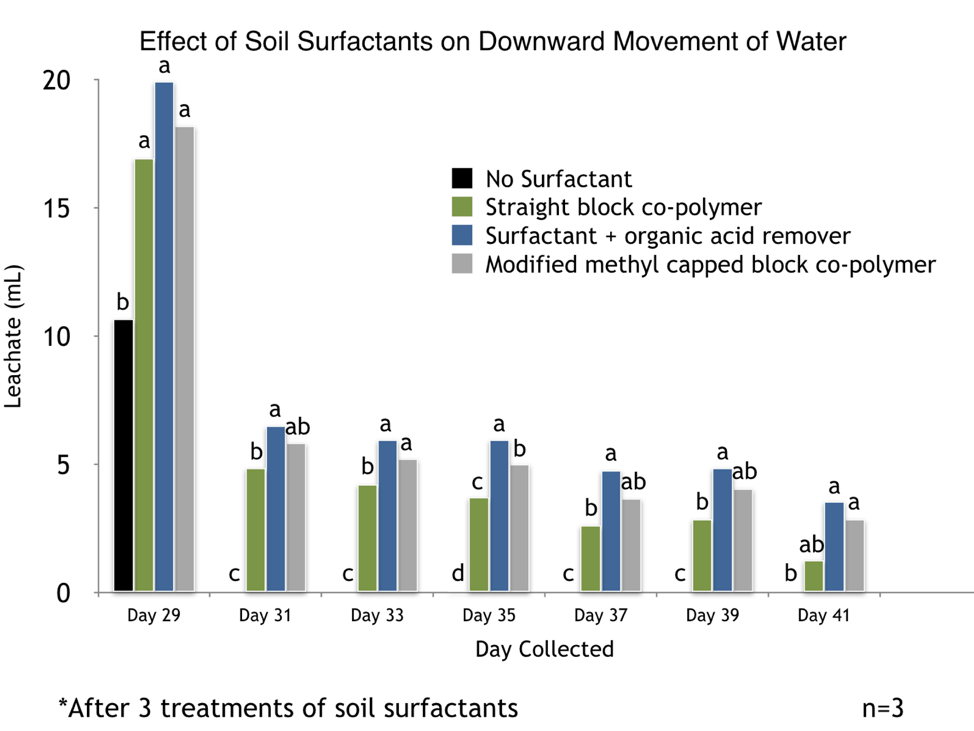 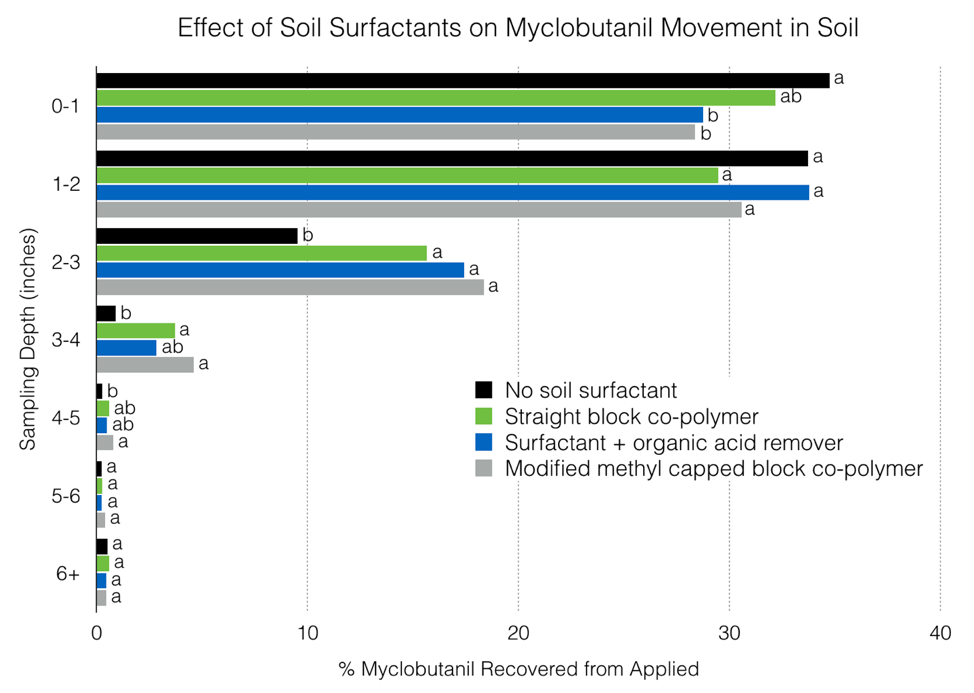 Figures 4 & 5. Soil columns were treated 3 times (once every 2 weeks) with one of three soil surfactants prior to fungicide application. Leachate (i.e. drainage) from the columns was collected every other day. Figure 4. demonstrates that soil surfactants advanced water downward in the soil more than the control. This is exhibited through the greatly increased leachate amounts. Figure 5. shows increased downward movement of the fungicide myclobutanil in soil treated with soil surfactants.

The moral of this fairy tale is to time fungicide applications correctly and optimize them by including soil surfactants in your spray program. This will help with both fairy ring control and management of other soil-borne diseases. The reduction in soil hydrophobicity, as well as the advancement of fungicides further down the soil column to lower parts of the turfgrass plant, provide greater turf quality and disease control when targeting fairy ring.

Finally, based on our recent findings, there are some other best management practices turf managers can implement when targeting turfgrass diseases such as not mowing and removing clippings for 1-2 days after a fungicide application. Not mowing the day after application has been found to greatly decrease the amount of fungicide removed from the turfgrass stand (7). Stay tuned for more on that… 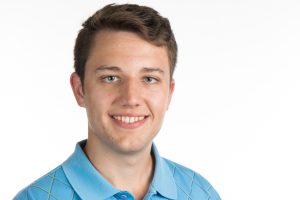 This article was written by Wendell Hutchens. Wendell is a Master’s student in Jim Kerns’ lab.