In North Carolina, tall fescue is widely grown throughout the mountain and piedmont regions. North Carolina is in the transition zone, which is subject to hot, humid summers that predispose tall fescue to brown patch. Field trials were conducted over a two-year period (2015-2016) to evaluate the effects of nitrogen rate and timing, application method of a fungicide, and rainfall following fungicide application on brown patch severity on lawn height tall fescue. Seven rates of urea providing 0 to 6 lb N/1000 sq ft/yr were initiated each year in March with repeat applications monthly at 1 lb N/1000 sq ft. In a separate study, various timings of urea were conducted throughout the year for a total of 3 lb N/1000 sq ft/yr. 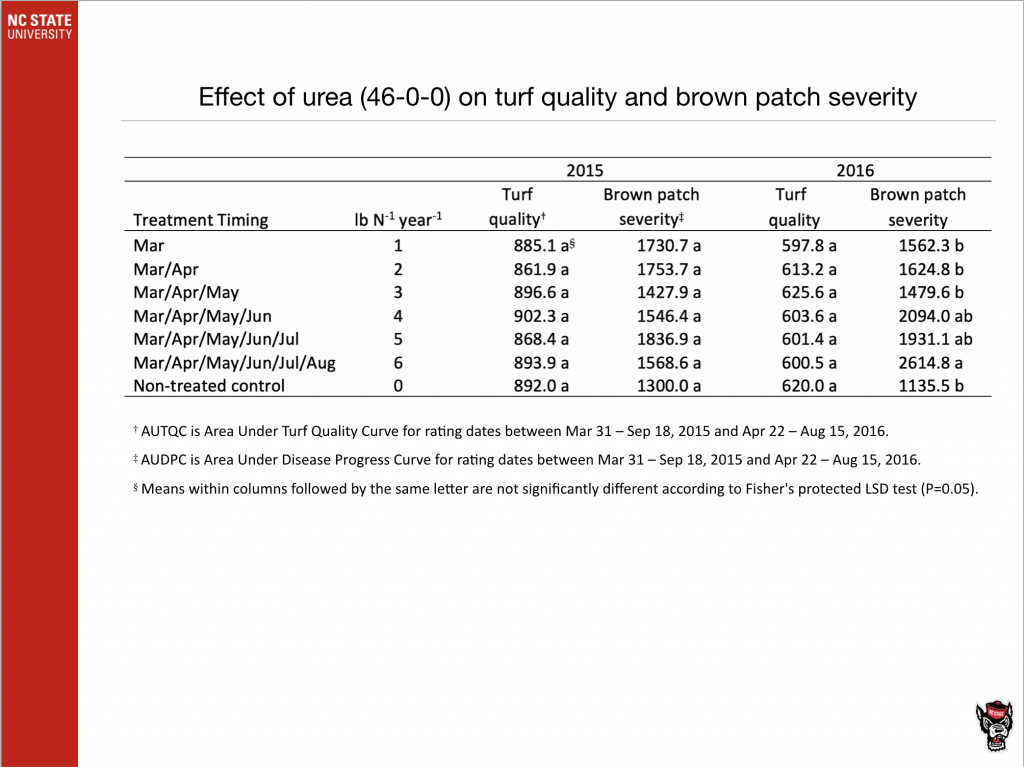 In 2015, no significant differences in disease severity or turfgrass quality were observed among the seven N rates. Only the application of 6 lb N/1000 sq ft/yr resulted in significantly higher brown patch compared to the non-treated control in 2016. 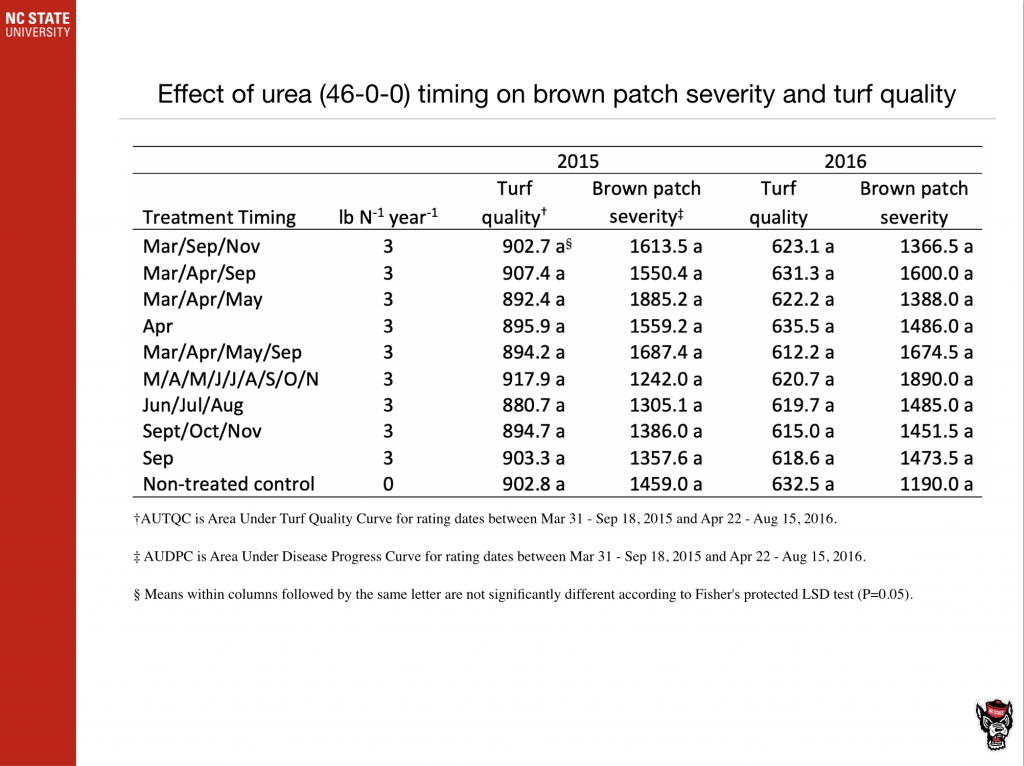 No significant differences in disease severity or turfgrass quality were observed in the timing study in both years. 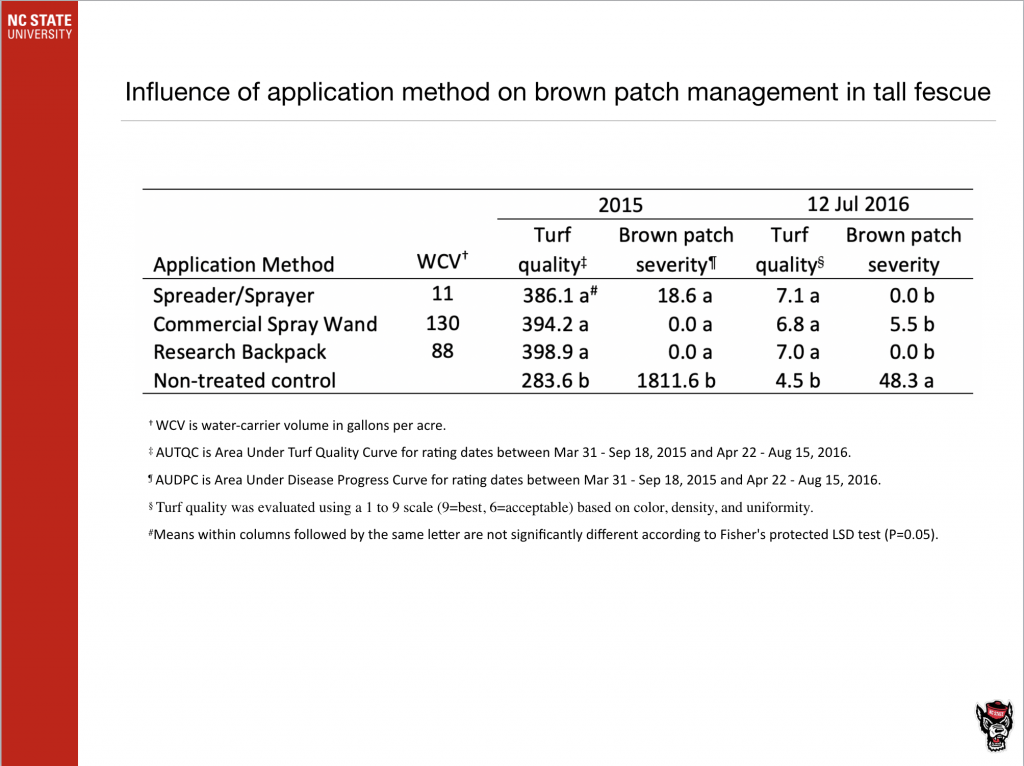 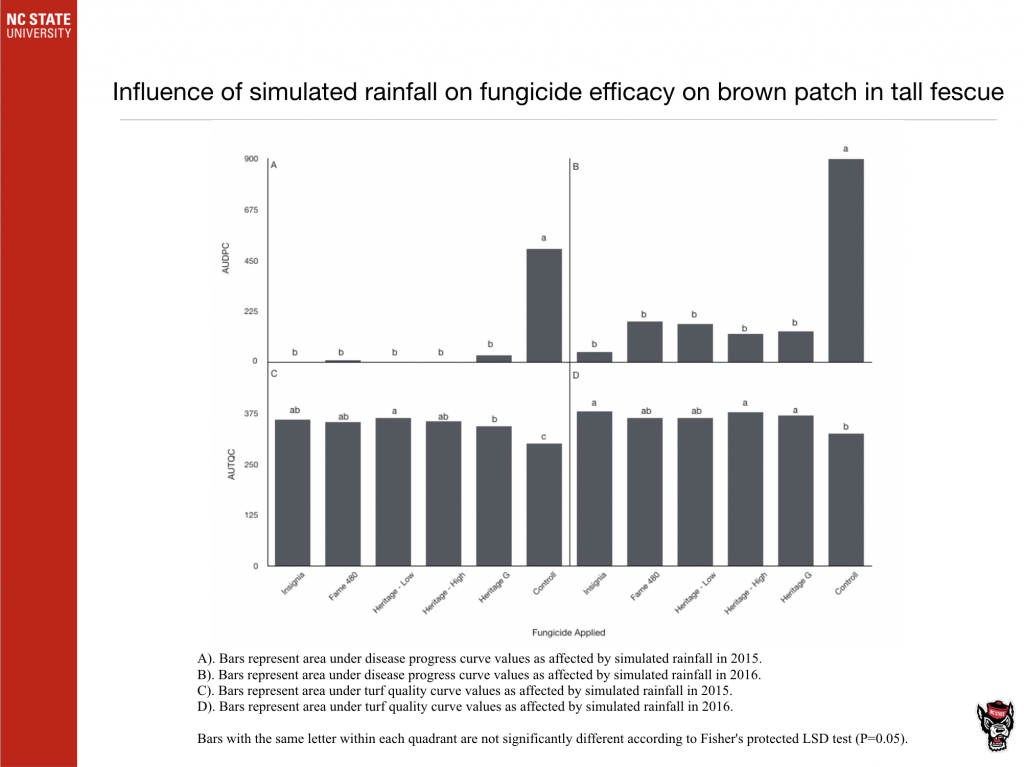 A rainfall event of 0.5 in. was simulated with overhead irrigation 30 minutes after application of fungicides. No differences were detected among the fungicide treatments and all provided excellent control of brown patch.