Are You Pythed Off at Pythium Root Rot?

Find this article at:
go.ncsu.edu/readext?619970
— Written By Lee Butler

You have all heard that an ounce of prevention is worth a pound of cure. This is especially true when pathogens attack turfgrasses during the most stressful growing times of the year. For example, when diseases occur in cool-season grasses during the summer months, it can be challenging for the turfgrass plants to grow out of the damage, even when the most efficacious fungicides have been applied. This can be frustrating for growers because they feel like applications were ineffective. Furthermore, we hear stories of growers who have applied multiple fungicides over a few day periods and who are likely confused about which product exactly worked, as they often assume it was the most recently applied product. Based on the research below, it could have been one of the earlier products applied and patience was not a virtue of the grower. 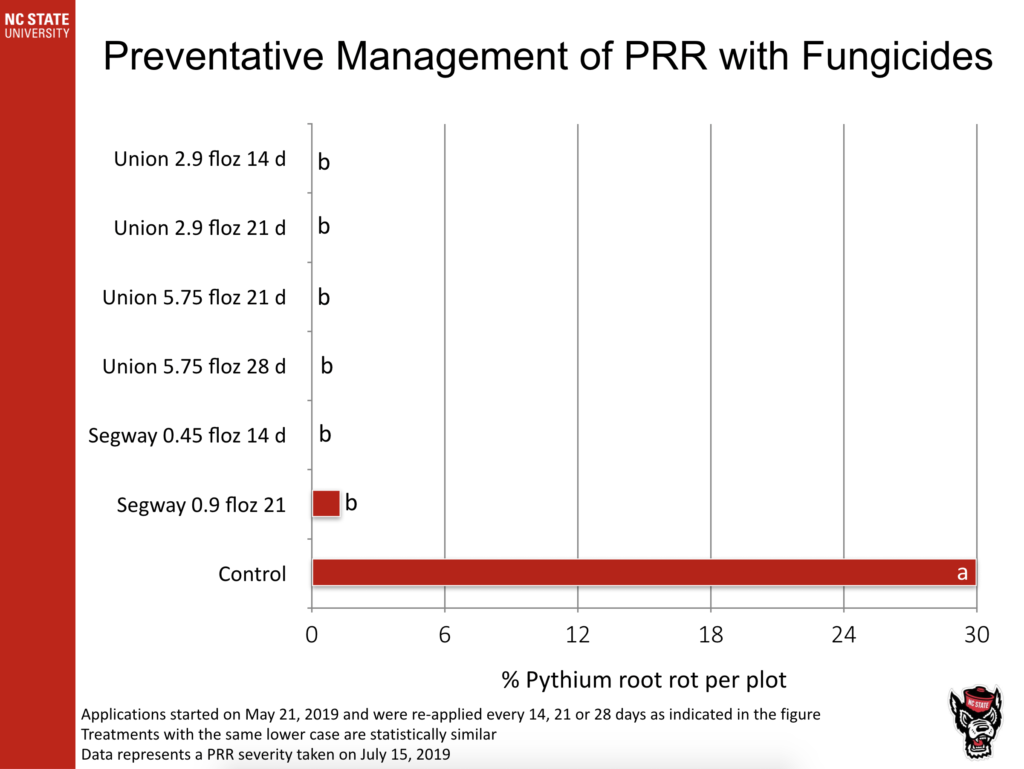 All products applied, regardless of rate and interval, were effective at preventively controlling Pythium root rot. 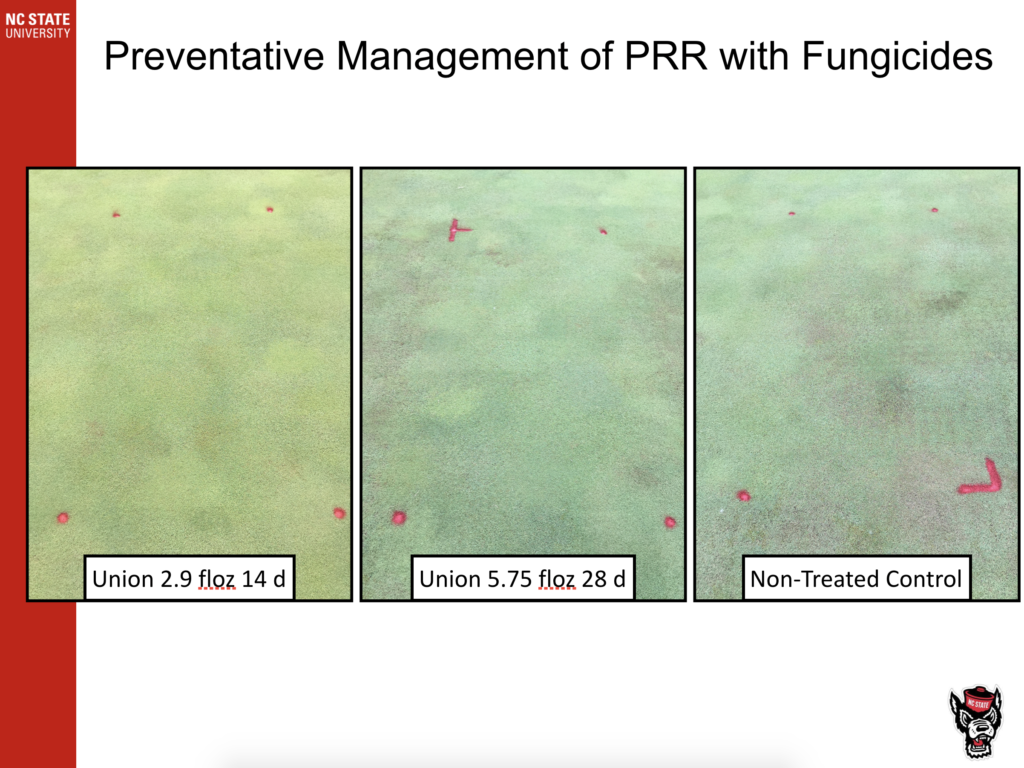 Photos of plots treated preventatively with Union at the low and high rate on 14 and 28-day intervals versus the non-treated control. 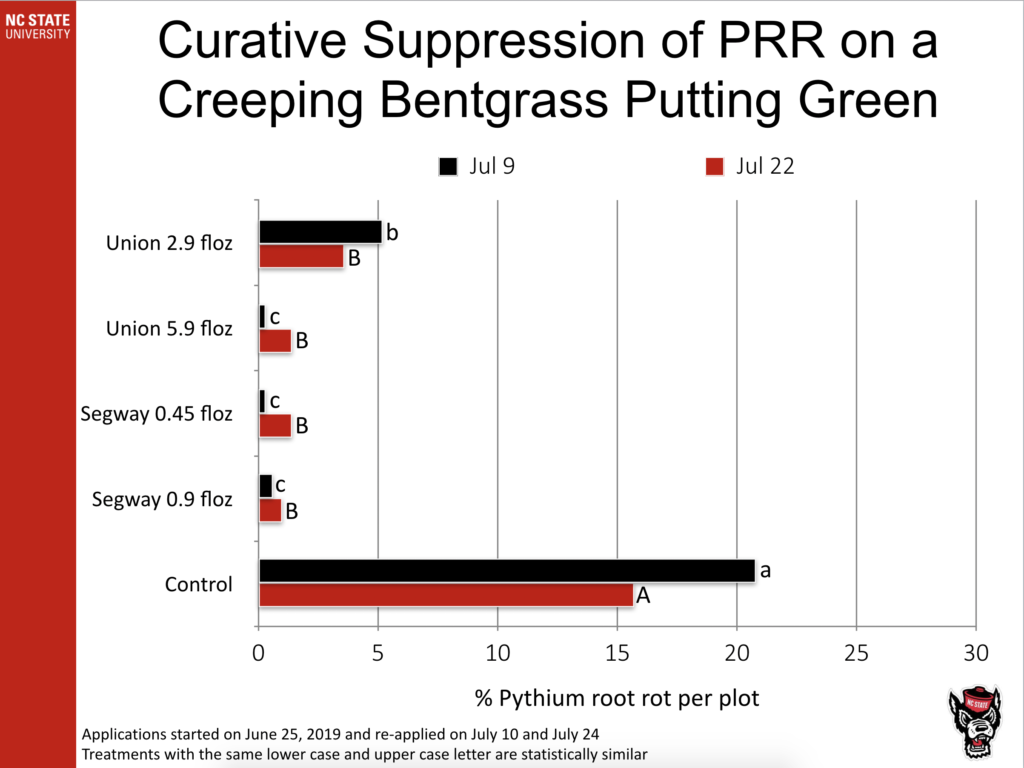 Even though Pythium root rot was eventually suppressed by curative applications, all products regardless of rate were unable to heal 100%. 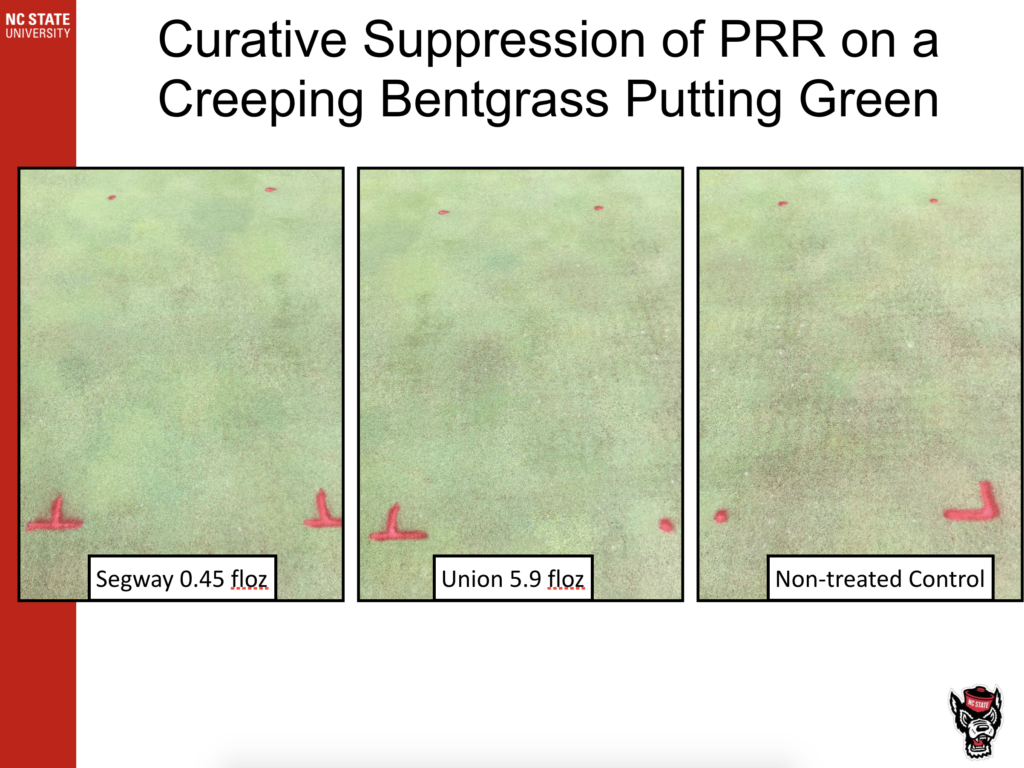 Photos of plots treated curatively with Segway and Union versus the non-treated control. Note there are still Pythium root rot symptoms in treated plots. 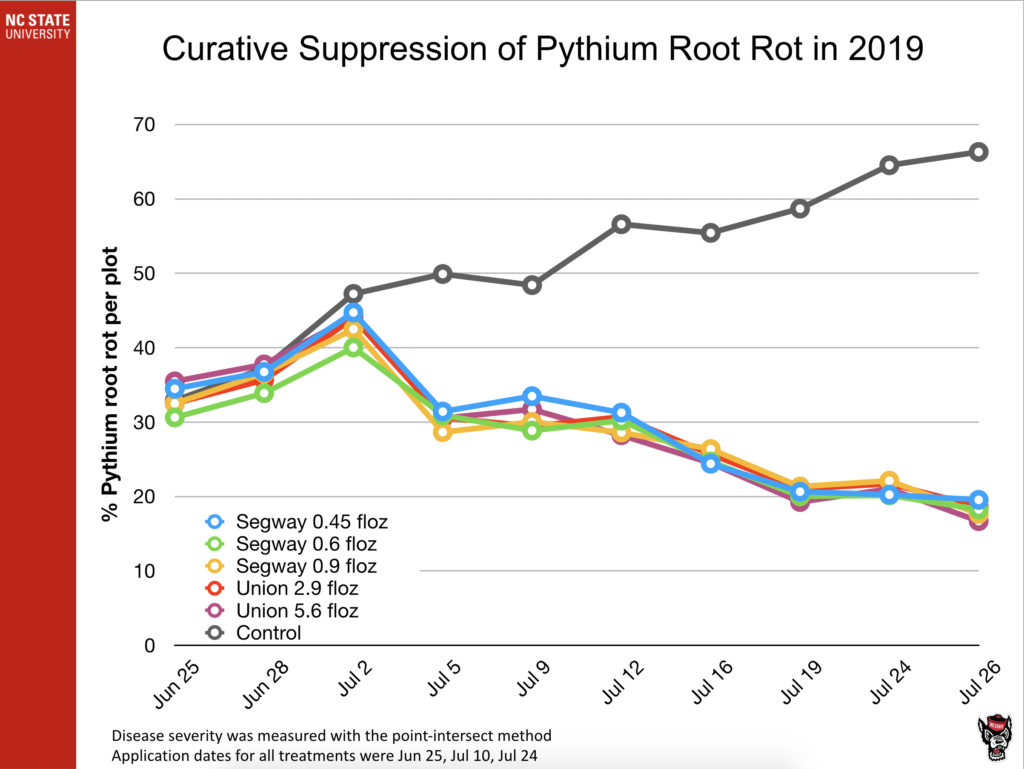 Curative applications of all products took 1 week before symptoms started to decline and continued to slowly heal over the next several weeks and never fully recovered. This was in an extreme situation with high disease pressure and unfavorable growing conditions for recovery, which is often typical of NC summers.

Starting a Pythium root rot program when soil temperatures are consistently above 65F (late April to mid-May) should be sufficient in preventing Pythium root rot. If disease happens to develop, do not expect curative applications to provide immediate suppression of the disease. As with controlling any disease, a lot of recovery is heavily dependent on growing conditions, i.e., Mother Nature. If the weather is favorable for turfgrass growth, fungicides will appear to work faster than when conditions are not favorable. So, get your products out early and you won’t be PYTHED OFF next summer!