Find this article at:
go.ncsu.edu/readext?639666
— Written By Lee Butler

Recently, multiple organisms have been associated with take-all root rot. This has presented a challenge and opportunity for turfgrass pathologists to study the biology of the multiple pathogens associated with this disease. To date, a total of five different organisms across three genera have routinely been isolated from take-all root rot symptomatic turfgrass samples. These organisms are Gaeumannomyces graminis (Gg), Gaeumannomyces sp. (Gx), Gaeumannomyces graminicola (Ggram), Candidacolonium cynodontis (Cc), and Magnaportheopsis cynodontis (Mc). In order to better understand these species and their role in TARR development we evaluated them in pathogenicity and in vitro fungicide sensitivity assays. We also wanted to determine if there was a spatial or seasonal relationship between their distribution and isolation frequency. 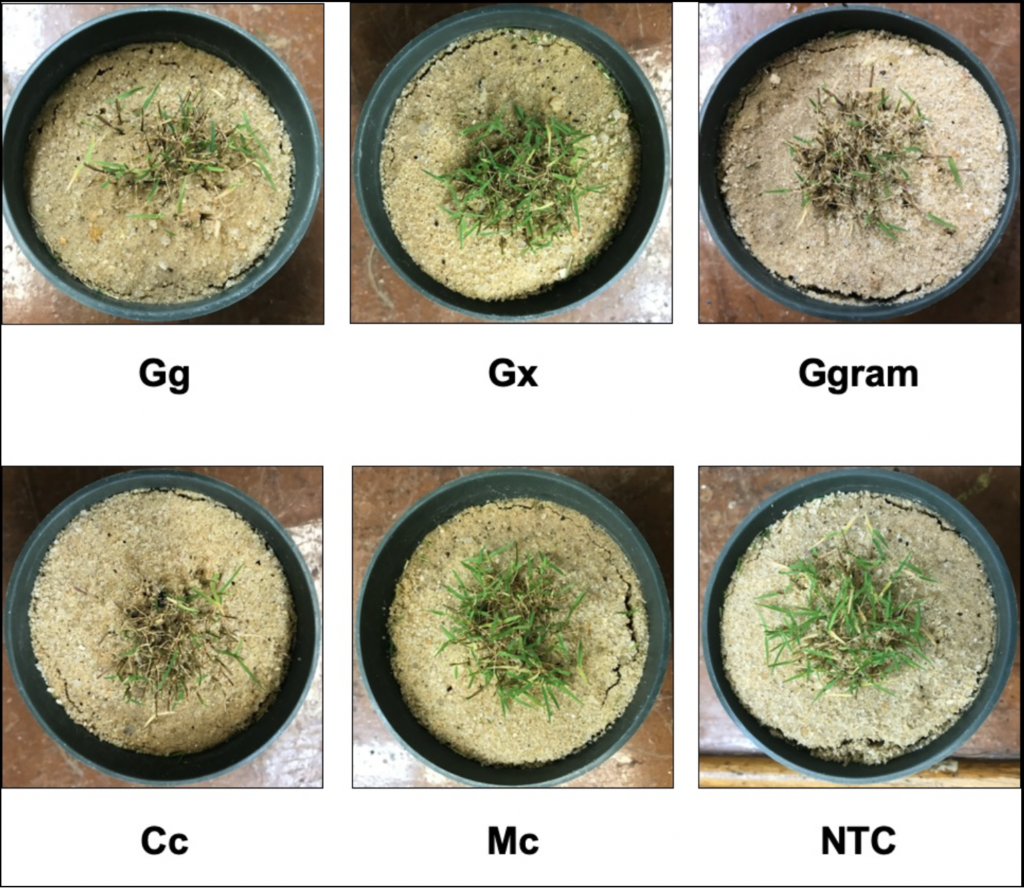 Gg, Ggram, Cc, and Mc were evaluated against 10 different fungicides across 3 different chemical families. In general, the QoI’s and DMI’s provided the most fungal suppression—particularly azoxystrobin, propiconazole, and tebuconazole. Fungicides in the SDHI chemical family did not suppress fungal growth.

We have currently isolated 42 individual Gg, Ggram, Cc, and Mc isolates from symptomatic roots and stolons and have an additional 40 candidate isolates to identify. From our results we have not noticed any particular geographic or seasonal change in isolation frequency. However, we have noticed that the isolates we are able to obtain from an individual location (i.e. golf course) tend to be a single species. While different TARR organisms responded similarly when evaluated against individual fungicides, certain fungicides provided more suppression of specific organisms. For example, if you primarily have Gg at your golf course, you may get better control when spraying propiconazole when compared to triadimefon. We believe increasing our sample size will continue to shed more light on the population dynamics of TARR and help inform efficacious fungicide practices. 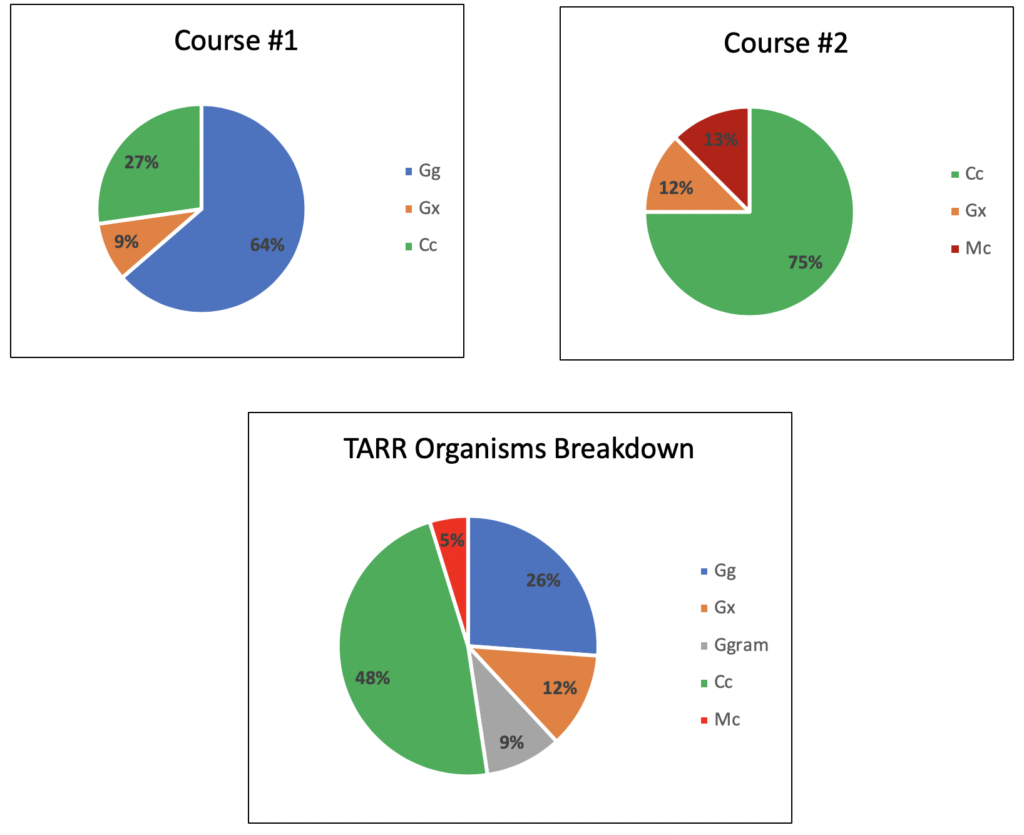 As mentioned above, the optimal growth temperatures of TARR organisms range between 77-86°F (25-30°C). The graph below represents average monthly soil temperature data at our Lake Wheeler Research Station in Raleigh, NC. The red box signifies the months at which average soil temperature is optimal for TARR organism growth—this occurs during May to September in Raleigh. During this time the fungi are most actively growing and potentially doing the most damage to the turf. Fungicides applied during these months may suppress fungal growth the most, therefore this may be optimal timing for preventative applications. We believe the damage done during the summer months begin to manifest in the shoulder seasons once conditions become unconducive for bermudagrass growth (i.e. shorter day length, colder temperatures). We continue to research this complex disease of warm-season turfgrasses and will share new findings as they come available. 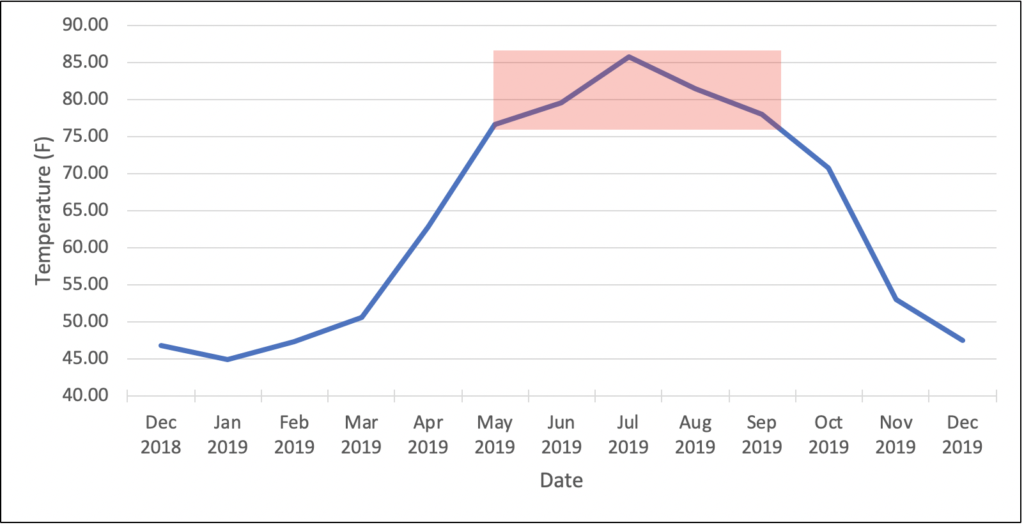