Find this article at:
go.ncsu.edu/readext?736270
— Written By Jim Kerns and last updated by Lee Butler

Written by Halle Hampy, M.S. candidate under the direction of Dr. Jim Kerns

Despite the unpredictability of 2020, one thing that remains reliable is the changing of the seasons. It’s that time of year in North Carolina when soil temperatures have reached their peak and begin to drop again. For warm-season turfgrass managers, this is the optimal time to prepare for pathogens that infect in the fall and induce symptoms in the spring, such as spring dead spot and large patch.

Spring dead spot (SDS) is one of the most devastating diseases of bermudagrass and zoysiagrass in the transition zone of the US. It can affect grass maintained at various heights such as lawns, athletic fields, golf course fairways, tees, and putting greens. Management of this disease requires preparation because the pathogen infects during the fall and predisposes the plant to winter injury. Symptoms do not appear until the following spring as these grasses green back up. 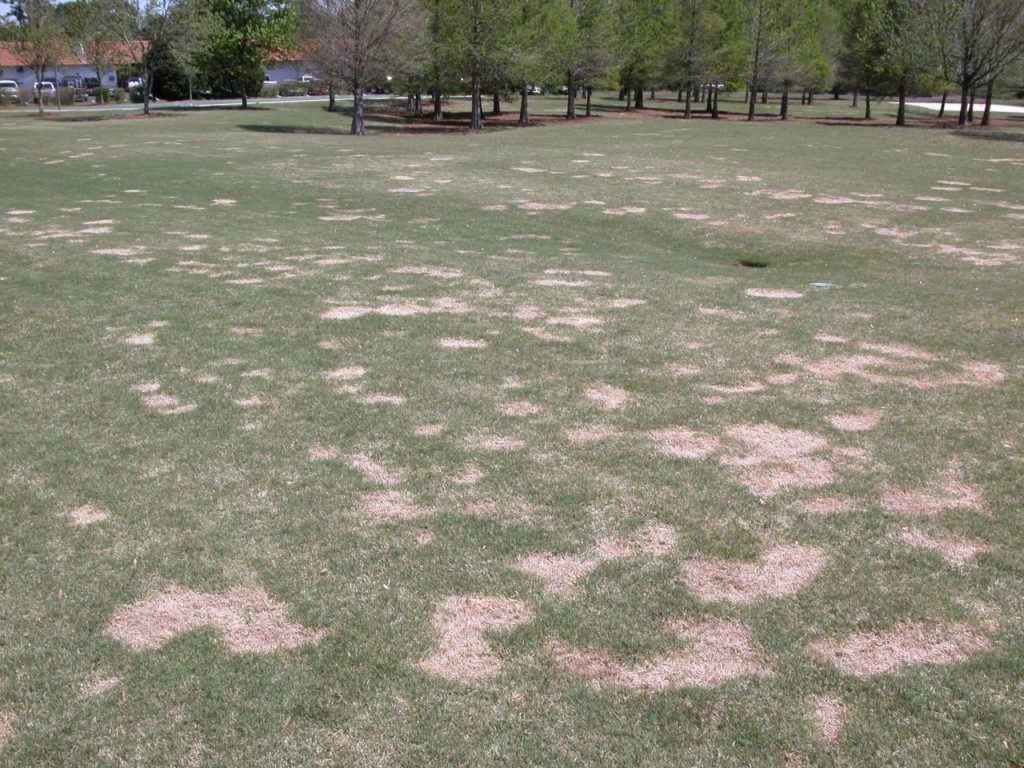 Spring symptoms include circular or irregular patches of dead foliage (~6 inches to several feet in diameter) and are most severe in shaded areas and north-facing slopes. Areas of compaction or poor drainage also favor spring dead spot development. The pathogens are most active when temperatures are between 75 and 60oF and optimal infection has been observed at 65°F (Dr. Nathan Walker, Oklahoma State University). Thus, we suggest applying fungicides when soil temperatures drop to 70oF in the fall. It is imperative to follow soil temperatures for timing the first application as we do not know if calendar-based applications that start earlier are effective.

Large patch affects warm-season turfgrasses such as centipedegrass, St. Augustinegrass, zoysiagrass, and bermudagrass (although bermudagrass usually grows out of the disease by itself without harm). Symptoms develop either in the spring or in the fall and become most prominent after periods of cool, wet weather. In years with extreme rainfall, symptoms can persist into late spring and early summer. Preventative management with fungicide applications depends on the species of grass. 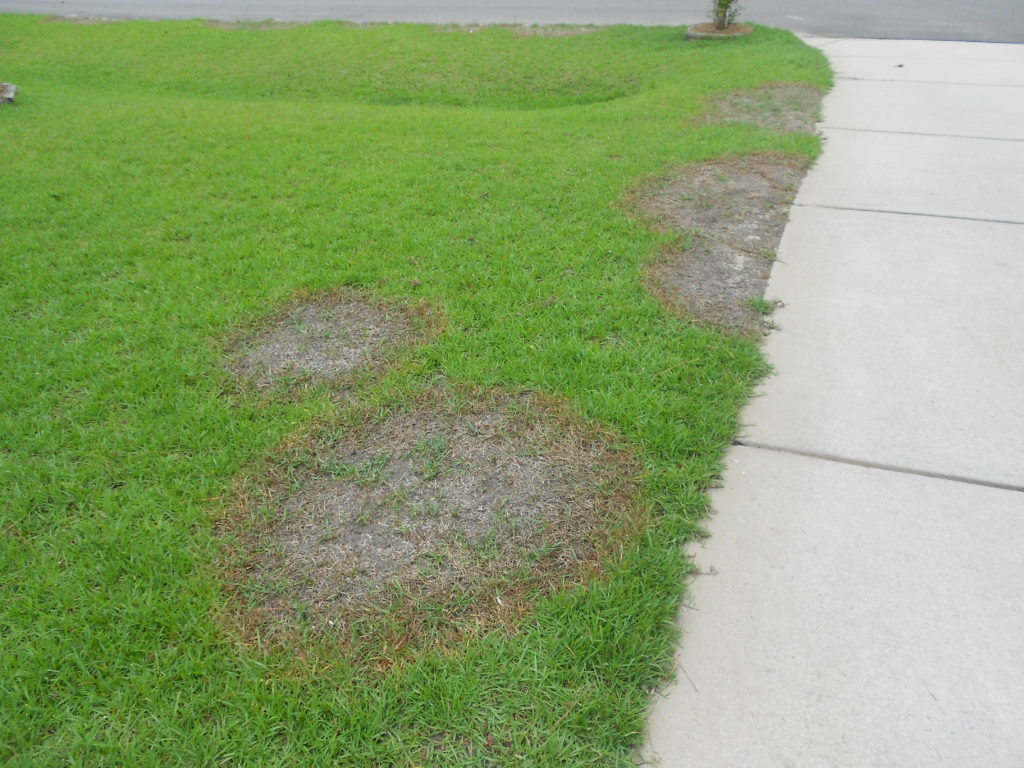 Two well-timed applications may provide season-long control of large patch in many situations. Recent research from Dr. Brandon Horvath at the University of Tennessee demonstrated that applications should be applied in at least 2 gal / 1000ft2 in order to be effective.

For more information on this disease, including control recommendations, please visit Large Patch.